Wednesday, April 15, 2020
I'm a huge drama fan be it movies, theatre or TV I love drama as a viewer and as a writer, I love immersing myself in other lives.  George RR Martin said 'A reader lives a thousand lives before he dies. The man who never reads lives only once."  For me as a writer I get to live a thousand lives, as a reader a thousand more and as a drama lover who knows.  I always get excited when the autumn season of drama is due to start in the UK, there's always been something to look forward to building up to some great dramas in the winter months to curl up and become absorbed in.  But the dramas this past year were lacking for me and I needed something new to fill the void of lives I was missing out on.

Netflix is always a great place for me to find something different, it replaced my love of the video store when that became a thing of the past.  Browsing the shelves and peaking at the inserts deciding which film I would spend my evening with.  I even worked in a video store and loved the perk of being able to take someones dreams home with me, similar to my love for bookshops the video store was always an exciting treat.  Now everything is on line (including books but gladly I still love the bookshop, there's nothing like the smell of new paper) I get to sit and scroll the inserts looking for something that piques my interest and I found it in the Korean dramas.

So, over the past eight months I've done a lot of binge watching and apologising to my neglected books.  Here is my top five (so far) Korean drama/thrillers on Netflix; 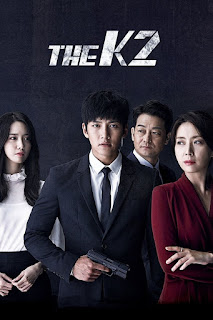 Ji Chang-wook is a mercenary intent of revenge against the political heavy weight who killed his lover and framed him resulting in his living under an assumed name Kim Je-ha.  Returning to Korea he is embroiled with Choi Yoo-jin the wife of the presidential candidate rival to his enemy.  Becoming the bodyguard Choi Yoo-jin's hidden step-daughter Go An-na who's life is under constant threat from her stepmother keeping her locked up and out of sight.

Falling for the reclusive and traumatised An-na he is torn between his revenge and protecting An-na from her stepmother.

A fast paced twisting plot reminiscent of Snow White, with the security officers acting as the dwarfs, you are driven at speed swerving for and against characters as their flaws, weaknesses and backgrounds are exposed.  Not all characters are good as in the fairy tales, not all are wholly bad through the rollercoaster of action, emotion and political drama this will keep you guessing till the end. 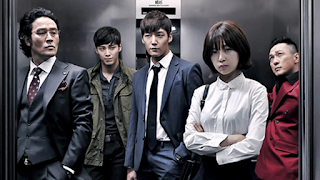 Not the Jane Austen style if that's what you're thinking. This 21 part part prosecutor procedural follows Gu Dong-chi (Choi Jin-Hyuk) who passed the bar exam straight from high school and practiced as a prosecutor for ten years, becoming and expert in reading people while keeping his own thoughts well hidden.  When trainee prosecutor Han Yeol-mu walks back in to his life after a romantic encounter she brings with her a historic case that will shake up his life and open old wounds.  Working with veteran prosecutor Moon Hee-man, form taekwondo athlete turned investigator Kang Soo to fight for justice for those often overlooked and powerless against the prideful and prejudiced system.

The heartfelt stories of loss an misfortune linked by an overarching conspiracy running through the series keeps you hooked, while the personal stories of the main and supporting characters will pull at your heartstrings.   The Character Moon Hee-man played by Choi Min-soo rules the show as a what I can only liken to a Ray Winston like likeable gangster.  While the real scene stealer is Chan the little boy who forms part of one of the cases who owns every scene he appears in. 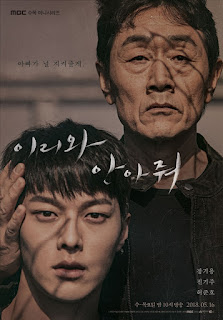 Is a lot darker than the title suggests, the story of Gil Nak-won who moves as a teenager with her family close to Na-mu a boy with a fearsome father.  Nak-won and Na-mu develop a close friendship, they are torn apart when Nam-mu's father is revealed to be a serial killer responsible for the murder of Nak-won's family.  Years later they are reunited when a hard nosed reporter starts forcing them in to the spotlight reporting on the the Serial Killer's biography which she helped to write.  Nam-mu now a detective and Nak-won an actress following in her mother's footsteps are thrown back in to hell when a copy cat killer stalks them.  Reunited but with everyone against their relationship they fight to overcome the stigma they face.

This series surprised me it was a lot darker than some the others I had watched, the two actors playing Nam-mu (Nam Da-reum as the younger, Jang Ki-young as the older) are amazing playing the quiet and withdrawn Nam-mu with silent intensity.  Jin Ki-joo plays a sweet and innocently trusting Nak-won that leads to some emotionally intense teens with both the younger and elder Nam-mu.  Kim Seo-hyung is intense as the dislikable reporter who will do anything and hurt anyone to push her story. 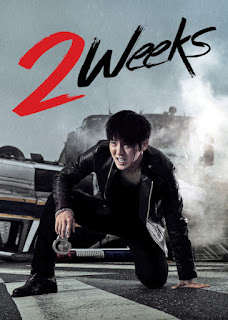 When petty criminal and small time gangster Jang Tae-san falls in love with model and dance teacher Seo In-hye and finds out she is pregnant he prepares to start over with her.  Moon Il-suk a higher ranking gangster blackmails Tae-San in to being his fall guy for an assault charge.  Threatening to kill In-hye if Tae-san doesn't serve the prison sentence in his place.  Eight years later, now a pawn shop worker and using older women to pay for his lifestyle he finds out he has an eight year old daughter who is in need of bone marrow transplant.  When Tae-san takes the test and is a bone marrow match he promises to undergo the life saving surgery in two weeks.  Just as before Moon Il-suk gets in the way framing Tae-san for the murder of an informant spying on him to unveil a political plot.  On the run from the police and a hitman all Tae-san has to do is still alive for two weeks to save his daughter.

Lee Joon-gi excelles as Tae-san and his scenes with Lee Chae-mi as his daughter Soo-jin are beautifully filmed and heartfelt.  The cat and mouse game keeps you hooked as the count down to the operation ticks towards zero.  This is definitely a binge worthy series and you will be saying just one more... even if you need matchsticks to hold your eyes open. 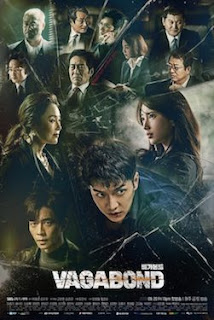 When his nephew is involved in a tragic air crash, stuntman Cha Dai-gun is determined to find out the truth behind the accident as he becomes convinced there's more to the crash than there seems.  His path crosses with NIS officer Go Hae-ri and she and they work together to unveil the corruption behind the accident.

Just as Come and Hug Me surprised me by it's darkness, Vagabond surprised me with the amount of comedy it contained.  Lee Seung-gi plays Cha Dai-gun and he balances seriousness with comic timing well, the actions sequences are faced paced.  It has an international flavour with filming taking place in Morocco and Portugal.