My Year in Books Part 3

Sunday, July 09, 2017
For some reason I feel like my reading has slowed down a little lately but hopefully as we head in to summer I'll be back on track.

Jane Fallon is a new author to me and this is the first of her works I've read.  It's the story of Paula who decides after finding out her husband is cheating on her to make him fall back in love with her so that she can then break his heart.

I liked Paula, she was fun relatable and strong in ways which at first were not obvious.  Her journey is one of rediscovery of herself, what she wants in life and how to live it.

This is a fun frolic with a few twists and turns to keep you going till the end.


I like Agatha she's and fun, she's a strong flawed woman who stumbles in to cases and while she can figure out a murder she can't figure out her love life for toffee. 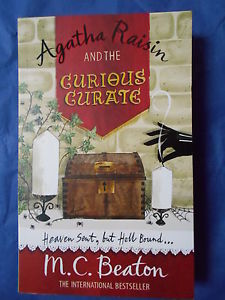 Although she's sworn off men, again, she is enraptured when the new curate invites her to dinner.  Everyone sees to be in awe of his beauty - but when he's murdered Agatha starts to find out that his beauty was definitely only skin deep.

This is a great cosy weekend read, it's not too taxing and will make you laugh. It's an ideal coffee and cake while sitting by the fire read.

Farewell to the East End - Jennifer Worth

A further collection of stories from Nurse Jenny Lee, the inspiration behind Call the Midwife.  The stories in this book are all inspiration for the early episodes, if a little darker, colder and without as many happy endings.

The changing social climate of post war Britain is highlighted and the plight of the lower classes highlighted but not written in a way that required pity more an overview of how things were with acceptance but realising that we have moved on. 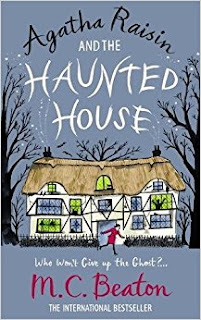 Another adventure for the fifty something ex-PR guru.  With a new neighbour in toe she sets about investigating the reported tales of ghosts haunting a not so likeable elderly woman in her historic property.

When Agatha has a fright she swears off ghost hunting until the old dear is found dead - is it at the hands of the ghostly apparitions or something more humanly sinister?

Following Agatha as she stumbles through another case and learns to rely on herself more than the men who seem determined to steer her life is entertaining and light hearted but you do feel like you want her to take control of her own life and not be so dependent on men. 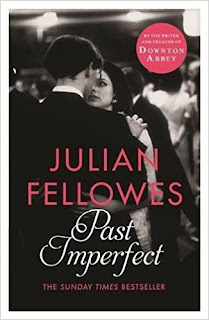 The London society scene in the 1960's is at the centre of this social satire.   Following the quest of Damien Baxter who is dying and following a letter for a mystery woman is on the hunt for the child he never knew.  Using a 'old friend' who introduced him to the 'season' and the upper class characters with whom they both chart their relationships and the impact this period had on their life long term.

This is a beautifully written examination of the class system and how the post war society changed and impacted that generation.   Fellowes is a great writer of this period drama, his language like his characters is fleshed out, strong and elaborate.   The characters are wonderfully dramatic and well rounded you feel like you could bump in to them - or see them in the pages of taller. 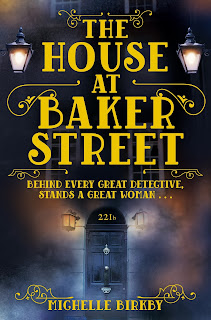 The premise of this book really intrigued me, however it did not live up to what I hoped.
Mrs Hudson and Mary Watson, two beloved characters of the Sherlock Holmes stories decide to become detectives after listening and learning from Holmes and Watson through an air vent in the kitchen.

I found the way this first book in the series jumps from the case to referring the reader to multiple back stories a little disjointing for me.  I liked the idea of Mrs Hudson going out and solving crimes but the way she is characterised is not the Mrs Hudson I have in my mind.

I love the idea and this book isn't badly written I just wasn't as an engrossed as I wanted to be.