Friday, December 23, 2016
I haven't posted much lately, I've been rather busy with the marketing for my new novel The Poppy Garden, setting up The Poppy Garden Appeal to raise money to provide care for service personnel and finishing up with my day job for Christmas.

Now it's time to sit back relax and enjoy a Christmas movie or two - it would be rude not to.  So here on the eve of Christmas Eve are my top five Christmas moves.

My all time favourite Christmas movie is Irving Berlin's Holiday Inn.  Produced in 1942, staring Bing Crosby and Fred Astaire and featuring my favourite Christmas song, 'White Christmas'.  I remember sitting with my Grandfather on cold, probably rainy Saturday afternoons watching old movies while toasting marshmallows by the fire, this became one of my favourites.  My Grandfather also had a similar look to Bing Crosby so I think that memory always warms the heart especially at Christmas.

The movie follows Jim Hardy who leaves his partnership with Ted Hannover and Lila Dixon in favour of a quieter life running a farm.  Only farm work turns out to be harder work that entertainment. So Jim decides to open his Inn on every holiday.   Linda Mason approaches agent Danny to get a job and he gives her Jim's number.

Arriving at the Inn on Christmas even they immortal song rings out while sitting next to the cosiest of fires and with a gorgeous Christmas Tree.  Linda is offered a job and comes to work at the Inn on New Years.

Dumped by Lila Ted drinks his way to Holiday Inn and dances with Linda, although the next morning he can barely recall it.  Excited by the prospect of a new dance partner Ted decides to come back to the Inn at every event until he finds his mystery woman.

Not wanting to lose Linda, Jim manipulates the situation to keep Ted and Linda apart.  When Linda finds out what has been going on she goes back to the city with Ted and agrees to star in a movie based on Holiday Inn with him.  Jim writes the music from home and mails it to the producers.

Finally he goes to find Linda on the last day of shooting the movie to try and win her back. 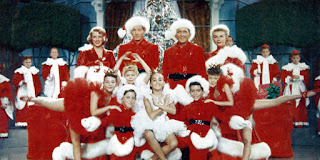 Another Bing Crosby vehicle, this time with Danny Kaye, Vera Ellen and Rosemary Clooney.  Filmed 15 years after Holiday Inn it uses the same set and the same song.

It's the story of Wallace and Davis performers brought together during World War 2, now at the pinnacle of their career they meet the Haynes Sisters (related to an old army pal) they follow the sisters to Vermont where they meet up with their old General.

Their former commander is now the owner of a Vermont Inn which is struggling due to the lack of snow.  So, Wallace and Davis put on a show bringing together their old regiment to show the General he is still loved, respected and not forgotten.

It's a beautiful film, with some fantastic choreography, some great comedy moments and if you don't have a tear in your eye by the end, well....

I love the scenes in this movie where Wallace and Davis are mimicking the Sister's act, Bing Crosby looses it in the scene and it seems so wonderfully natural to keep in his laughter as Danny Kaye works at winding him up. 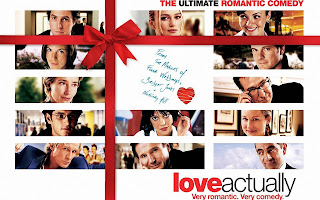 Richard Curtis is a genius writer and I love all his work from Black Adder to The Boat That Rocked but this is my all time favourite Curtis movie.  Its my idealised London, every time I visit the city I imagine it being like the movie, ignoring it's bad points instead loving the romanticised idealistic city.

The interwoven stories are all perfectly crafted and I love each version of love at Christmas.

I would also love to see Hugh Grant as out Prime Minister - what could go wrong there? 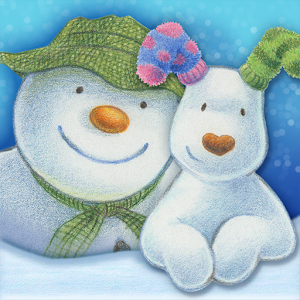 I'm a child of the 80's, I grew up with the Snowman by Raymond Briggs.  I don't remember a Christmas where I didn't watch the tale of a young boy who goes on an adventure with his snowman to meet Santa Claus before the Snowman melts.  It's poignant and heartfelt story that teaches children about love and loss.

When The Snow Man and the Snow Dog was released 2012 I was in love.  As a dog lover it couldn't have been more perfect, I cried I laughed, I fell in love with the animation all over again.

I also loved this year that Barbour adopted the story of the Snowman and the Snow Dog and ran with it for their Christmas Campaign.  Their short video updating the story is beautifully linked to the original animation.   The snow dog obviously wears Barbour coats as does my dog, although I think its easier to have the animated dog looking stunning in his coat rather than a dog like mine who looks pristine for five seconds before the coat is covered in grass and mud, but I still love putting him in his coat. 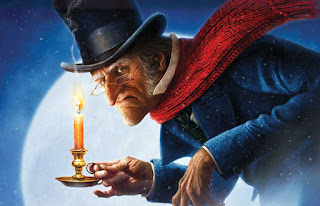 Growing up with Dickens Yuletide tale I've seen many a version, animated and live action but my favourite has to be Jim Carey's take on old man Scrooge.

From the moment I sat in the cinema watching the opening sequence in 3D I was in love.  The snow felt real, it felt like sitting in a snow globe, it's the most amazing piece of 3D filmmaking I've ever experienced.

The cast were amazingly well animated, with star turns from Gary Oldman and Colin Firth.  Its the best version of the popular tale I've ever seen and I watch it every Christmas and love it more with
every viewing.

Scrooge is the perfect Christmas story, Dickens way of recreating what has become the image of Christmas is as beautiful and beloved today as it was on it's publication.

No matter your favourite Christmas Movie, I hope you get to sit down and enjoy it this Christmas.  I would like to wish you all a very Merry Christmas and I will see you with more adventures in 2017