In The Kitchen - My Take on Rustic Lasagne


I love comfort food; it makes you feel all warm inside.  Once of the meals I love to make as comfort food is hearty rustic lasagne.


Originally I learned to make this when I was around ten or eleven, I had a bit of an obsession with Italian food so I started to experiment.  Over the years I've tweaked, changed and adapted my recipe.

This version was partly inspired by the brilliant Mary Berry and uses wraps as a pasta substitute and partly by my mindset of trying to eat as many vegetables as I can.  Hopefully you'll enjoy!

Step 1
I start off with mince, generally Beef which I try to get as high a meat content as possible but it really depends what's available at any given time. 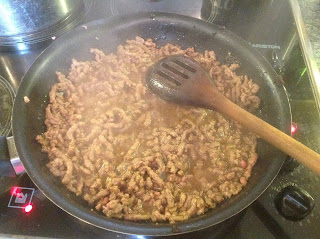 I start with my trusty frying pan and brown the mince in a small amount of olive oil.  As the mince starts to brown I add one beef stock cube (I use Oxo) and stir in until it dissolves in the oil and coats the meat.

While the meat is cooking I chop the onions and mushrooms and add once the meat is browned.
I try and chop these finely but it's completely up to you whether you like your sauce chunky or smooth. 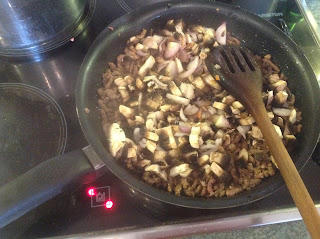 While the meat, onions and mushrooms cook I turn my attention to preparing the vegetables.  I clean and chop whatever vegetables I have.

I've listed above what I used in this version, however this can change depending on what's in season, what I have to hand or maybe trying to use up.

I grated the carrots but chopping them is fine too they just take longer to soften.

Once the veg is prepped I add it to the pan and let it cook with the meat.

Now it's time to start on the sauce; to a large saucepan I add the passata, a cup of water, around a half glass of red wine and a clove of garlic. 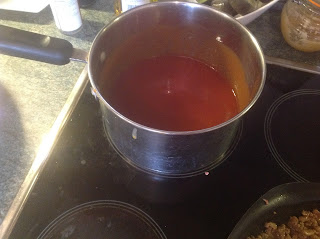 I take my tomatoes in a bowl and add boiling water - I let the sit for a while and then add some cold water so I won't burn my hands.  This allows me to peel the skin from the tomatoes easily. 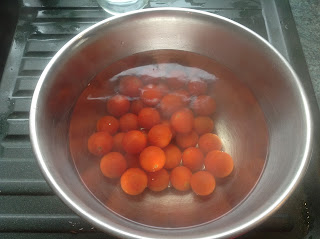 Once they are all peeled I add them to my sauce. 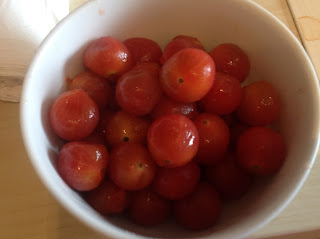 If I'm using large tomatoes say a beef tomato I would chop them up first.  On this occasion I had small garden tomatoes so I just left them whole.

I also added fresh basil from my herb garden - I tend to add five to ten leaves depending on size, as it grows in my garden it tends to be quite a strong flavour - I would recommend adding a little and tasting to see how intense you like the flavour.

I leave the sauce to cook for around 30mins.

Once my meat/veg mix is cooked and my sauce has simmered for around 30 mins I combine the two and leave for as long as I can.   I find the longer I leave it the stronger the flavour.  At this point I would taste and add more wine, Worcestershire sauce or basil if necessary.  I would also season with salt.  (I don't season with pepper as I'm allergic to it but if you like it use it.)

If my sauce tastes a little sour - which can come from the tomatoes I add a little sugar to balance out flavor.  Again this is to taste, on occasion I've used a little honey, which has the same effect. 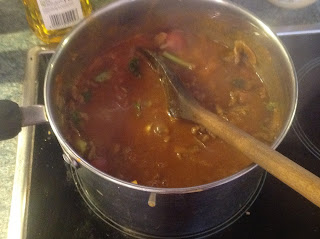 Putting it together - at this point I do sometimes cheat like I did this day and used a jar of white sauce.  It just depends how much time I have to cook.

I use a round dish in this version because the wraps I use in place of pasta are round. 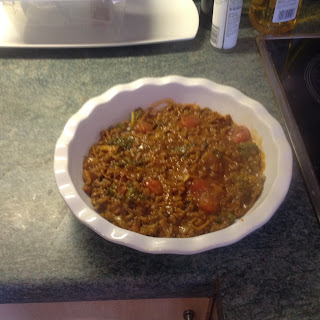 I layer the meat sauce mix on to the bottom of the pan, and then I place a wrap on the top.  In this recipe I use a Mediterranean herb wraps, as they add to the flavour of the sauce.  Using the wraps also makes it lighter than using pasta. 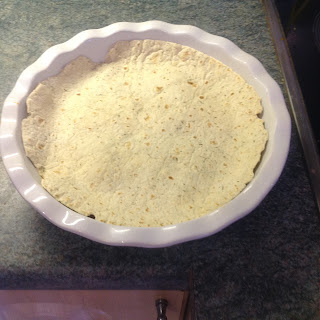 On to of the wrap I add a thin layer of white sauce.

Then I start again using the meat sauce then wrap.  As this is for a four-person serve I just make two layers but you can make as many as you have meat sauce and wraps for. 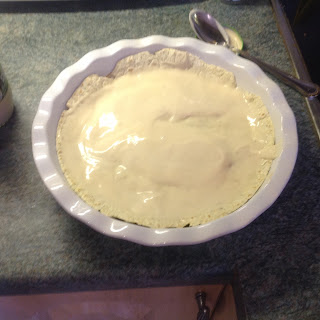 On the top of the last wrap I add a thick layer of white sauce and cover this with grated cheese. 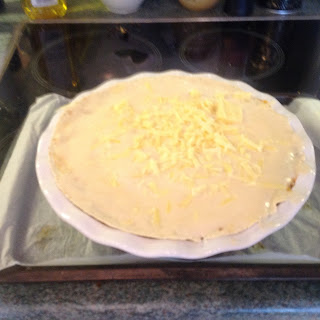 I place this in the oven on 180 fan until the cheese is toasted.

You can serve with salad or any other side that takes your fancy or simply enjoy on it's own. 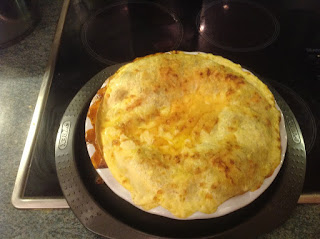 Let me know what you think of this recipe and if you have any twists!